Visited Brodie’s coffee at Gorsedd Gardens and met Ian Brodie, one of the owners of the coffee shop.

About Ian & Danni, the owners of Brodie's Coffee.

Ian and Danni Brodie are the owners of Brodie's Coffee. They both have a background in hospitality but their love for coffee became stronger after living in New Zealand for two years, they got intrigued by the coffee culture. Coming back to UK, they decided to stay in Cardiff, as it was a beautiful meeting point between West Wales and Luton, where their families live. Reflecting on the coffee culture they witnessed in New Zealand, they realized that ‘speciality coffee’ was an element missing from the city. This thought sat with them for some time but after travelling to Asia where they witnessed the boom of mobile businesses, they thought about setting up this type of enterprise and adding up to the growing speciality coffee scene in Cardiff.

Brodie’s Coffee was born in 2013 as a mobile business and back in 2016 found its home in an old cabin located in Gorsedd Gardens. Their first gig was at Roath Farmers Market which is a popular place amongst locals for serving the best coffee and food in town. During the early days, Ian and Danni were also travelling in their camper van to pop up events and festivals in UK. Ian says that their favourite event has definitely been Tafwyl Fair in Cardiff Castle because of the great atmosphere amongst locals.

Brodie's Coffee Camper was replaced by the blue kiosk that hundreds of people pass everyday on the way to work, university or National Museum. In this historic location, Brodie’s Coffee bloomed and became a key part of Cardiff’s coffee culture. Brodie’s uses compostable cups and lids while focusing on quality coffee using Coaltown Coffee Roasters.

Setting up a mobile business

Running a mobile business before settling (or not) in a specific location has plenty of advantages. It can be seen as a way to test your product in different locations and among different audiences, which is a key for any business starting.

Ian echoes this, “You can see what people expect from your product, what works and what doesn't, so when you are looking for a location to settle, you know which locations to avoid and which to go for”. In Brodies case, Ian and Danni noticed they did really well with tourists and internationals and therefore they found that the location in Gorsedd Gardens near the National Museum and the Cardiff University works greatly for them.

As any other type of business, mobile businesses also face challenges. For about three to four years, Ian and Danni learned by doing. “Going to events has been a challenge for us as they are quite promising -sometimes- in terms of the number of attendees. The weather was also a problem, especially in open space events but in every case, we learned to deal under various circumstances.”

Only for a little while they ran both the mobile business and the shop in Gorsedd Gardens but creating a family and spending time with their newly born baby became their priority. That’s how they transmitted from a mobile to a settled coffee shop.

The transition: from a pop-up van to an outdoor coffee shop in a permanent site

Location is key for defining a business’s success. Finding though the ‘right’ location is also a matter of luck and for Brodie’s.. ‘luck’ happened !

Ian and Danni found the cabin in Gorsedd Gardens while attending an event with their van just in the corner of City Hall.

“It was a rundown building when I found it – completely filthy – I looked immediately in the properties advertised online and I saw it was available and requested it. We invested quite a lot to renovate it and still need consistently painting to remain it as it is.”

Finding the cabin was not a big transition for them as they were already used to work in a small place. Ian laughs and shares “You need to be very organised, very tidy. The idea of having a bigger area is very desirable, with bathrooms. We are not completely dependent, and the weather has a big impact but that’s the fun of it. Two days are never the same. I get bored really easily, so this business keeps me excited and fresh.”

When Brodie's opened in Gorsedd Gardens, the ‘hardest’ part was to ‘explain’ what they were doing as it was one of the few speciality coffee shops in Cardiff.

“Soon people got used to who we are and what we do, they realized there was a good market for it. Sitting in this lovely park, having a high quality latte was really ‘European’.

He adds: ”It’s not easy to meet people’s expectations, being able to produce something that people are genuinely impressed by but we know what we do and how we do it best.”

The location is a big deal, but is not the only ingredient for success. Ian believes that the ability to talk and understand people as well as being hospitable are the key for maintaining the brand’s and coffee shop’s character. “We try to be friendly and make sure that if they don’t come with a smile, we give them one”.

In Cardiff, every passing year people are getting more accustomed to what coffee should be like. Ian shares that:

“The biggest challenge is to get people to try speciality coffee. When they start realising how good coffee can taste, it doesn’t take that much for them to come back.”

He believes that European people are more familiar with coffee culture - and considering that Cardiff is becoming more and more multinational, makes it easier for the city's coffee industry to bloom.

More and more independent coffee shops are opening and the fact that the number of roasters is increasing is another sign that the coffee industry in Cardiff has completely evolved. Ian’s favourite coffee shops in Cardiff are Corner, Polarity and Little Man. He also enjoys the atmosphere and food at ‘The Plug’ while his favourite coffee roaster is Coaltown Coffee Roasters, which he also uses at Brodie's.

According to Ian, “For me an independent coffee shop would be a place where the owner is there at least once per week. More than three places is hard to maintain the same vibe."

However, to keep up vibrant the city’s coffee scene, it is important that independent coffee shops support each other as well as the local coffee roasters. Ian echoes this and he is always finding ways to support and work alongside local businesses. He is grateful to be working with Coaltown roasters since their launch, just a after year Brodie's opened.

“I follow plenty of businesses on Instagram to follow up with trends but as having a close relationship with Coaltown, they often share with me upcoming trends”, Ian says. He updates Brodies’ seasonal menu quite often and that’s how he tries to introduce new trends to Cardiff’s coffee market. Beetroot latte and Espresso with tonic are some of the key trends at the moment. He personally enjoys an espresso with tonic on a hot day – If you haven’t tried it yet just think about it as ‘a cold fizzy coffee’!

It seems that flat white is the most popular drink at the moment and Ian’s favourite too. As he says: “It is the perfect match of coffee to milk”. 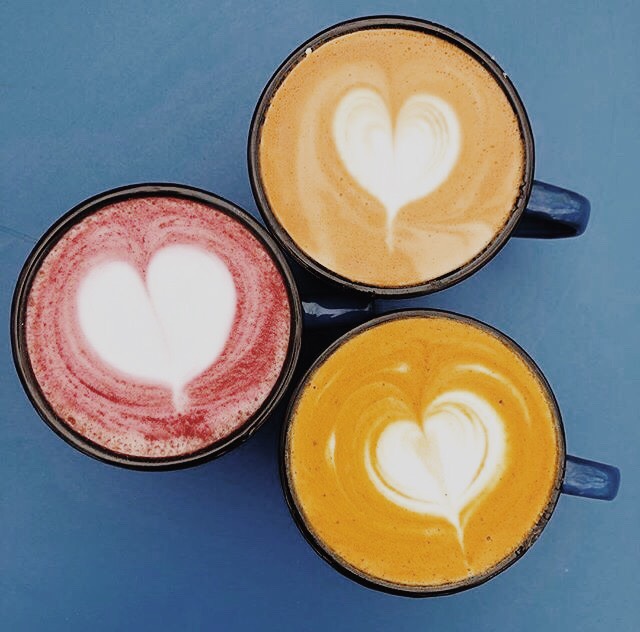 Danni and Ian aim to open a second space, either outdoor or indoor. The first could define the business as an outdoor coffee shop and the second would definitely change its dynamic. Ian is looking forward to a challenging but slow expansion, inclusion of filter coffee, addition of in-house sandwiches while always focusing on high quality!

‘SO' Bar is changing Cardiff’s food&drink scene and it’s SO everything!